Under the cooperation protocol  signed with ANEPC , VOST Portugal provided personalised access to the FOGOS.PT  API to release technological resources from ANEPC systems. A solution was also developed that allows automating the dissemination of public information on the most relevant occurrences. 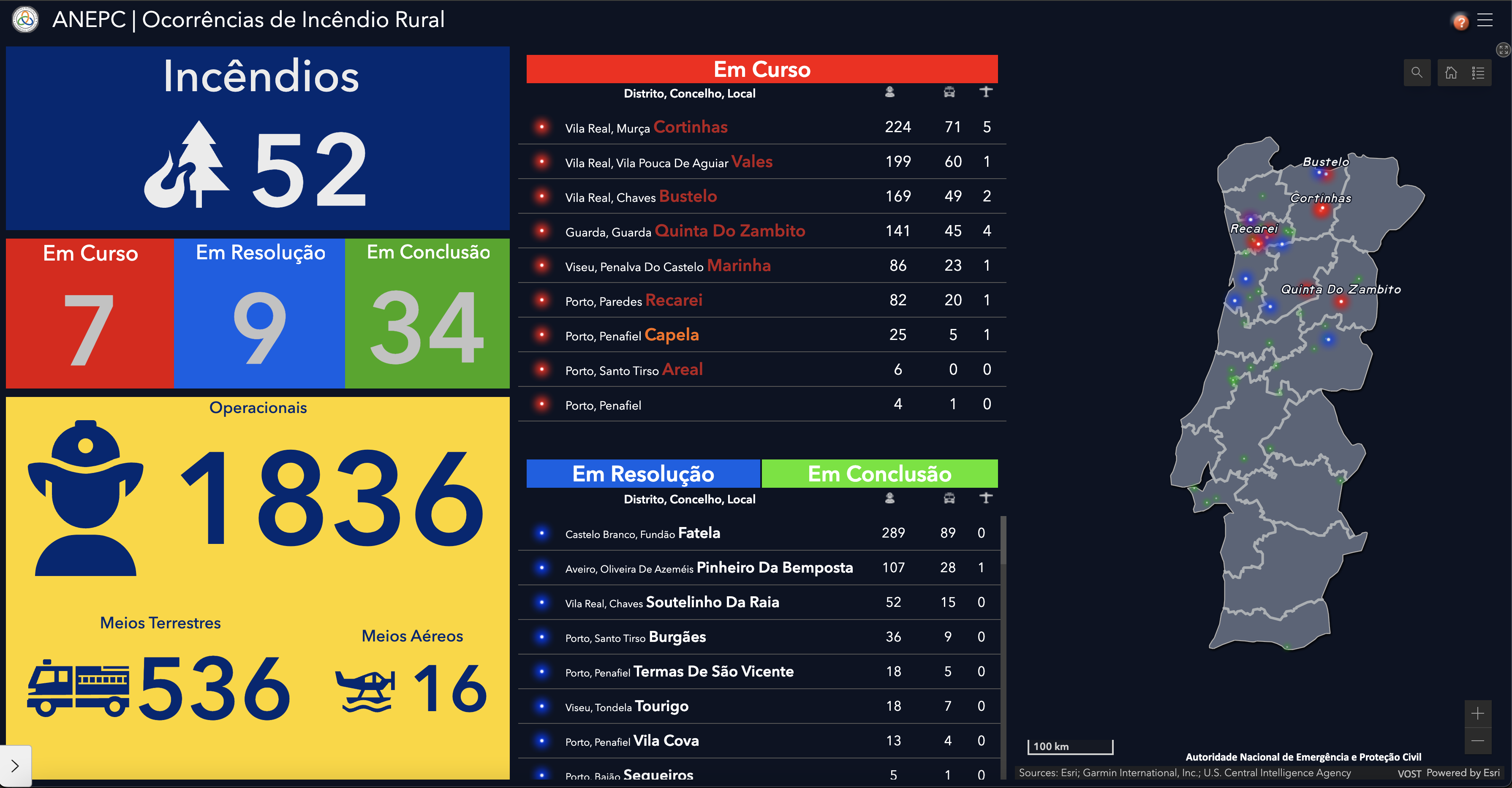 In addition to developing this solution, VOST Portugal has been monitoring social networks, and transmitting the most relevant information/images to ANEPC, via a direct channel that had already been established.

In the area of ​​cooperation between VOST, VOST Portugal has been in constant contact with the various VOST in Spain, namely with VOST Galicia, due to the cross-border fires.

Since July 5th, and to date (July 18th, 2022), VOST Portugal has issued  551 tweets that have been viewed 3.01M  times, generated more than 587,000 profile visits, where the highlighted tweet is a  message on how to share photos on social media . social activities , in the context of forest fires.

On the 12th of July, VOST Portugal  wrote a thread , based on the triptych of the project “Safe Villages, Safe People” which, after its publication, was also adapted by traditional media.

Since the 13th, the FOGOS.PT website / app has information about areas of interest, or burned area, based on ICNF data, FIRMS hot spots detected by NASA and reports collected on social networks, after validation.

In addition to this information, POSITs (Status Points) collected from official sources have been gathered and published, whenever available.

On the 14th of July, VOST Portugal managed to place the theme “ DRINK WATER ” in the first place of the trending topics in Portugal, alerting to the need for hydration during these hottest days.

VOST Portugal will continue to monitor the situation (and permanently whenever justified) in order to provide better information to the affected populations, and society in general, as well as to provide all the support requested by the official authorities.